Have you met Jethro and Nila in the
Dark and twisted
Indebted Series Box Set by Pepper Winters?
Now is your chance, both box sets are
(((NOW LIVE)))
Volume One is NOW ON SALE for ONLY $0.99!
A Note From ME, bexLOVESbooks: I completely consumed this entire 7-Book series in under two weeks. It was absolutely captivating. It scared the shit out of me at times, and pushed my limits. At the time it was the darkest series I had ever read. I kept questioning myself… can I go on, can I read further, do I want to even know what will happen next? Have I fed my kids in the last 48 hours? (jk) This series sucked me under, I just read and read and couldn’t come up for air. And I absolutely L O V E D every second of it. If you haven’t read it all ready… I DOUBLE DOG DARE YOU to one click the first box set… and then I TRIPLE DOG DARE YOU to read it and not click the second box set. Yeah right! 😉 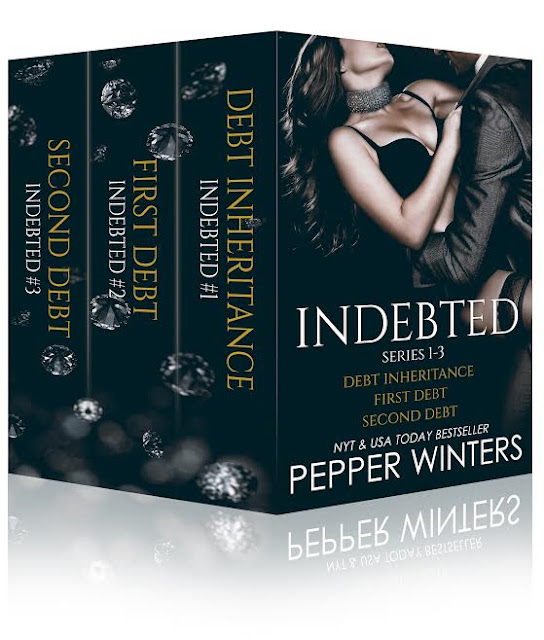 Save $5.99! Strictly Limited Time 99c for Debt Inheritance, First Debt, Second Debt.
Amazon US: http://amzn.to/1WVYZqq
iBooks: http://apple.co/21PlSNh
Barnes & Noble: http://bit.ly/1Yidunr
Kobo:  http://bit.ly/1T6UGsX
New York Times, Wall Street Journal & USA Today Bestselling Series.
Seven books in total. This edition contains the first three:
Debt Inheritance
“I own you. I have the piece of paper to prove it. It’s undeniable and unbreakable. You belong to me until you’ve paid off your debts.”
Nila Weaver’s family is indebted. Being the first born daughter, her life is forfeit to the first born son of the Hawks to pay for sins of ancestors past. The dark ages might have come and gone, but debts never leave. She has no choice in the matter.
First Debt:
“You say I’ll never own you. If I win–you willingly give me that right. You sign not only the debt agreement, but another–one that makes me your master until your last breath is taken. You do that, and I’ll give you this.”
Nila Weaver’s family is indebted. Stolen, taken, and bound not by monsters but by an agreement written over six hundred years ago, she has no way out.
Second Debt:
“I tried to play a game. I tried to wield deceit as perfectly as the Hawks. But when I thought I was winning, I wasn’t. Jethro isn’t what he seems–he’s the master of duplicity. However, I refuse to let him annihilate me further.”
Nila Weaver has grown from naïve seamstress to full-blown fighter. Every humdrum object is her arsenal, and sex…sex is her greatest weapon of all. 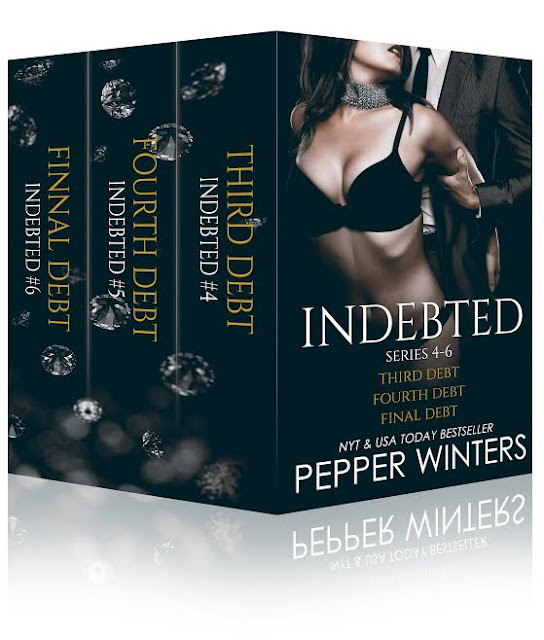 New York Times, Wall Street Journal & USA Today Bestselling Series.
Seven books in total. This edition contains the last four:
Third Debt
“She healed me. She broke me. I set her free. But we are in this together. We will end this together. The rules of this ancient game can’t be broken.”
Nila Weaver no longer recognises herself. She’s left her lover, her courage, and her promise. Two debts down. Too many to go.
Fourth Debt
“We’d won. We’d cut through the lies and treachery and promised an alliance that would free us both. But even as we won, we lost. We didn’t see what was coming. We didn’t know we had to plan a resurrection.”
Nila Weaver fell in love. She gifted her entire soul to a man she believed was worthy. And in the process, she destroyed herself.
Final Debt
“I’m in love with her, but it might not be enough to stop her from becoming the latest victim of the Debt Inheritance. I know who I am now. I know what I must do. We will be together–I just hope it’s on Earth rather than in heaven.”
It all comes down to this.
Indebted Epilogue
A bonus book to be read after:
Debt Inheritance
First Debt
Second Debt
Third Debt
Fourth Debt
Final Debt
Please note the books are too large to be included in one file. Indebted Series Boxed Set 1-3 contains the first three books of the Indebted Series and this edition contains the last four.
About The Author: 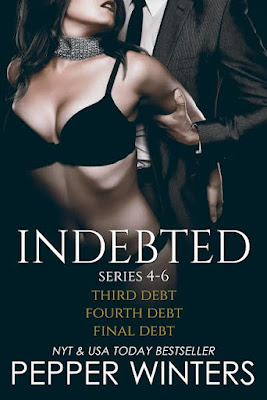 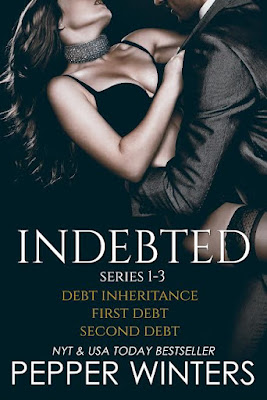