Charm is the key to the world.
Charisma, magnetism, sex appeal—that ‘it’ factor that can’t be described.
Nolan Delaney has it is spades.
The infamous Mr. Romantic.
And maybe he is out of my league… But I’m going to give it the old college try anyway. Because I didn’t travel two thousand miles for a job interview at his request just to be put out like trash.
Don’t underestimate me, Mr. Delaney.
I’m really not as innocent as I look.
ALL BOOKS IN THIS SERIES CAN BE READ AS A STANDALONE!
Mr. Perfect
Mr. Romantic
Mr. Corporate (Releases 8-17-16)
Mr. Mysterious (Releases 10-12-16)
Mr. Match (Releases 12-7-16) 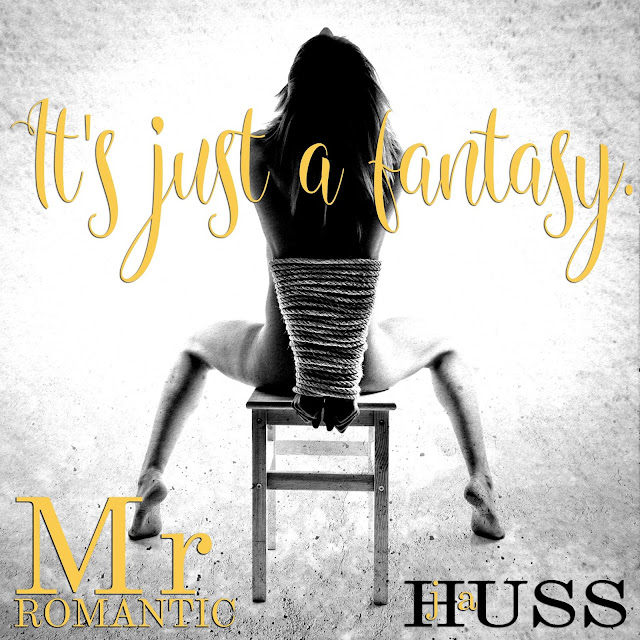 MR. ROMANTIC SNEAK PEEK:
“What do you think so far? Do I live up to the hype?”

“Not really.”
“No?” He chuckles as we walk past the pool. “Why not?”
The whole thing becomes surreal for me in that moment. The emptiness of the resort. The heat and the sun. I am two thousand miles from home and I’m clutching Mr. Romantic’s elbow like we are lovers taking an evening stroll.
“You’re a little bit quiet so far.”
“Is that right?”
“Your sister is the bigger personality. I’m surprised she wasn’t accused of something inappropriate in college. I think she has it in her.”
Nolan laughs. “That’s kind of true. She’s a handful to most, but she’s been good to me. She’s very protective.”
“She called you dangerous.”
“What?” He stops walking and looks down at me. “When?”
“Today. She told me to stay away from you. Didn’t you know that?”
“What exactly did she tell you?” His mood has changed. Not a lot, but there’s an edge to his words.
“She said something like…” I struggle to remember her exact words, but can’t. I shouldn’t have said anything. He’ll probably confront her and use me as an example.
“Like?” Nolan pushes.
“You’re not romantic. Something like that. They called you Mr. Romantic when all that stuff happened because it was a joke.”
“And the dangerous part?” His words are low and when I look up at him, the easygoing expression has changed into something else.
“I don’t know why she said it. She was telling me to stay away from you all day. And I was angry that she was so dismissive of me. She said I was here by mistake. So I told her I was going to do my best to get the job anyway. And while I agree those men you hired are far more qualified, it was not fair of her to dismiss me so quickly. I’m not as innocent and inexperienced as I look, Mr. Delaney. I have ideas and I’m smart. Hiring everyone in the applicant pool but me was about the most humiliating thing I’ve ever experienced.”
Nolan continues our walk, silent for a few seconds. “You’re lucky.”
“I am?” I ask, a small laugh escaping. “How so?”
“You’re lucky that you’ve never been humiliated the way I have.”
Oh, shit. Way to go, Ivy.
“Do you think I’m dangerous?” Nolan asks, staring down at me in that way he does.
It makes me uneasy. “Maybe.”
“You’re willing to take that chance?”
“Maybe.”
“Well, good,” Nolan says. “Let’s have a nice dinner and I’ll tell you why I sent Claudette away and kept you here against her wishes.”
He did what?
My heart starts to beat faster. Why would he do that? Maybe Claudette was right to warn me? There’s hardly anyone here at the resort. Especially now that all the construction people have left for the day. The main pool is empty when we pass, and even the desk clerks are missing when we enter the lobby.
The dining room has two couples eating dinner and Nolan greets them by name as he leads me to the rear part of the restaurant. Back into a dimly lit room with a single table, white linen tablecloth flowing over the sides. Candle glowing in the center. Set for two.
“This is… unexpected.” My mind is filled with possibilities. And even though I came here with the intention of getting his full attention, possibly losing my virginity to him—and even though I’ve talked myself into feeling ready to take on a man like him, both professionally and personally—I am not excited. I am suddenly scared.
There’s not enough people. There’s not enough noise. There’s not enough of anything to make me forget just who I’m having dinner with.
Mr. Romantic. A man accused of raping a woman ten years ago. A man who was not prosecuted for that crime because the woman died before she could testify. A man who might be guilty.
Nolan pulls out a chair and waits for me to sit, sliding it in perfectly the way a gentleman does, before taking his seat across from me. “I like the unexpected, Miss Rockwell. Get used to it.”
I am in way over my head. ABOUT  J.A. HUSS:
JA Huss is the USA Today bestselling author of more than twenty romances. She likes stories about family, loyalty, and extraordinary characters who struggle with basic human emotions while dealing with bigger than life problems. JA loves writing heroes who make you swoon, heroines who makes you jealous, and the perfect Happily Ever After ending.
You can chat with her on Facebook (www.facebook.com/AuthorJAHuss), Twitter (@jahuss), and her blog, New Adult Addiction (www.jahuss.com).
If you’re interested in getting your hands on an advanced release copy of her upcoming books, sneak peek teasers, or information on her upcoming personal appearances, you can join her newsletter list (http://eepurl.com/JVhAr) and get those details delivered right to your inbox.