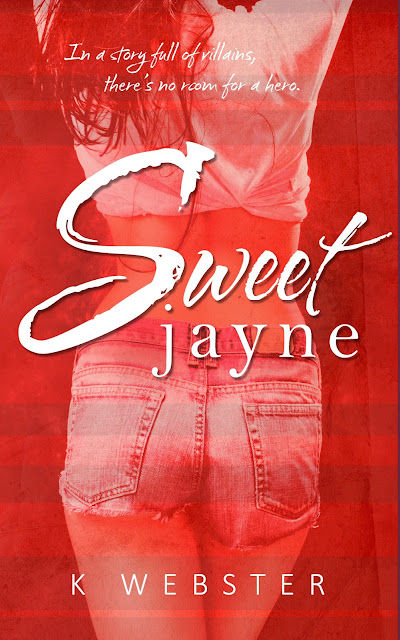 AMAZON // GOODREADS
B L U R B:
Nadia Jayne’s world is full of villains.Kasper thinks he hates her.Donovan thinks he loves her.Logan thinks he owns her.Sweet Jayne is a complicated girl…She needs Kasper.She hides from Donovan.She has a plan for Logan.But maybe complicated Jayne isn’t so sweet after all…In fact, she might just be the biggest villain of them all.WARNING: Story contains dark taboo themes and violence both sexual and physical which could trigger emotional distress in reader. 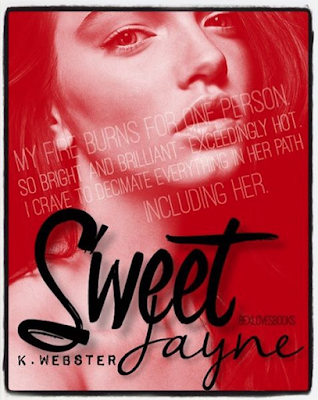 M Y   R E V I E W:
This book was so damn good. Right from the start. I was just so incredibly engrossed right from the very start. I’ve said before that K. Webster is the Queen of Mindfuckery and this book simply goes to prove that point. One thing that never ceases to amaze me about K. Webster’s work is how as the book opens, she sweetly takes hold of your hand. And as the book goes on, she slowly leads you right out of your comfort zone. And before you know it, you’re so far out of your comfort zone that you don’t know which way is up, but you’re so fucking wrapped up in the story that there’s no way in hell you could ever turn back! I loved the characters in this book. Nadia Jayne, she has such a sweet innocent quality to her, however she’s brilliant, her mind always working, always racing. You know her intentions are good and pure however you are never quite certain of her agenda, or just how far she is willing to go. Now, lets talk about the men in Nadia’s life… Donovan, Nadia’s step father totally oozes sexy, overprotective businessman. While you’re not completely sure you can trust him, there is just something about him that makes you want to. I don’t know what it was about him but he drew me in right from the very start. And I was TEAM DONOVAN before I could even figure out why. …it felt so wrong but oh so right. Kasper Kasper just rubbed me the wrong way right from the start. He was out for vengeance, revenge on Sweet Jayne for doing wrong by him. I understood why he felt like his actions were justified but I still wanted just to share him a little and talk some since into him. I just love Nadia’s heart and I feel like anyone who had the chance to get to know her could see what a good person she is. I wanted Ghost to see her. Ugh he made me SO MAD….until he didn’t. I know that sounds like a spoiler but its not. There was just point in the book where I understood him a little better. Not because of something that clicked in the story, but because of something that clicked in my head & my heart. Logan Well what can I even say about this dude… he is one intense crazy sexy motherfucker. I think I’ll have to let you meet him for yourself. This book was a crazy wild ride. A journey that ONLY K. Webster could take us on. I love K. Webster’s work, and I can’t think of anyone on the planet who I would so willingly hand my heart over to time and time again to dismantle, butcher, and then put back together again. I’m pretty sure she’s taken a couple of years off my life, however I’ve given them willingly and I’ll do it again… and again. I love this woman’s writing almost as much s I love the woman behind the writing. R E A DT H I SB O O K ! ! ! 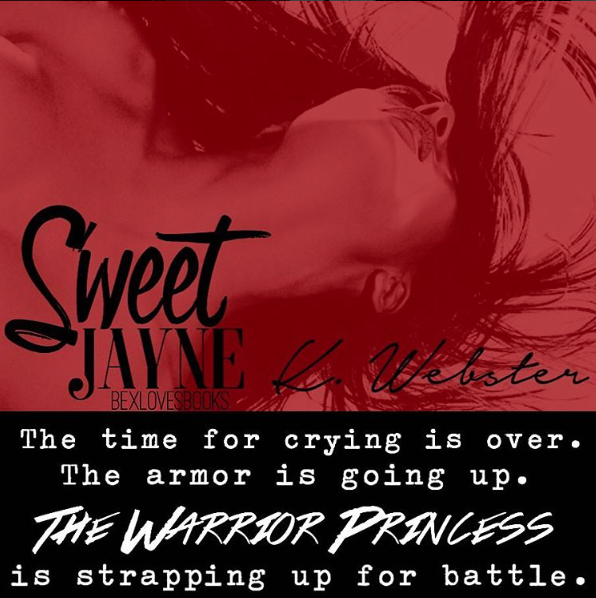 A B O U T   T H E   A U T H O R:
K Webster is the author of dozens romance books in many different genres including contemporary romance, historical romance, paranormal romance, and erotic romance. When not spending time with her husband of twelve years and two adorable children, she’s active on social media connecting with her readers.
Her other passions besides writing include reading and graphic design. K can always be found in front of her computer chasing her next idea and taking action. She looks forward to the day when she will see one of her titles on the big screen.
You can easily find K Webster on Facebook, Twitter, Instagram, Pinterest, and Goodreads!
| WEBSITE | NEWSLETTER | FACEBOOK | TWITTER |