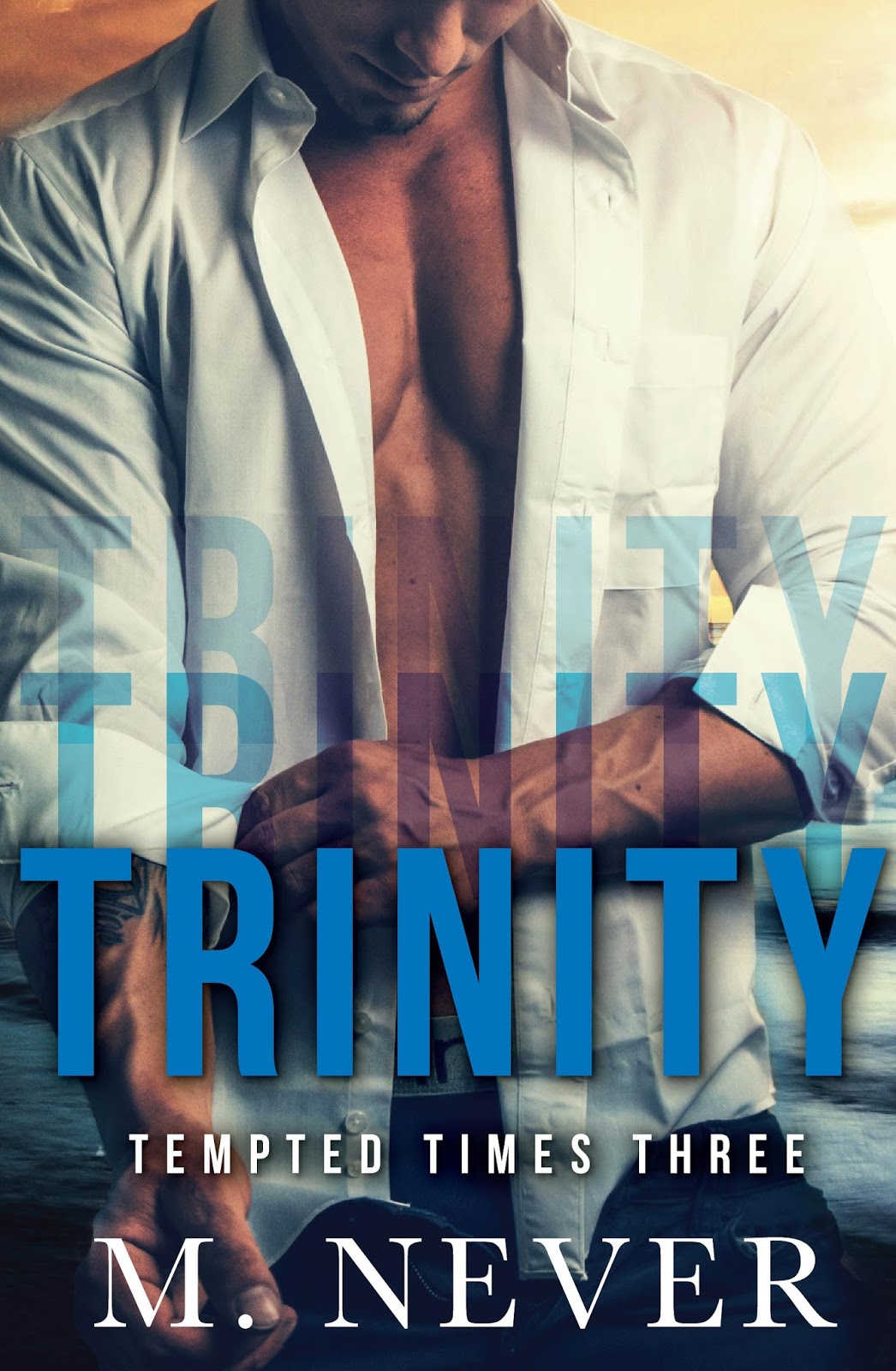 P U R C H A S E   O N   A M A Z O N   H E R E
S Y N O P S I S:
Two seductive strangers.
One scandalous night.
A trinity of temptation.
It was only supposed to be a single encounter. A night of sexual exhibition.We were never supposed to become romantically involved.But they were alluring and irresistible.
They were also the enemy.
Their company wants to take the one thing that means anything to me.
Now, I’m navigating a dicey path. Loving two men who can destroy me in a multitude of ways. They can shatter my heart, wreck my dreams, but worst of all, demolish the only place I’ve ever called home.
M Y   R E V I E W:

You guys I love menage books, they are like SO sexy hot. But I have to admit I have one small pet peeve about them. I feel like even the ones that are done well tend to add this (and this is my personal, humble opinion)unnecessary element of drama between the three people involved. Jealousy,or things going on behind eachothers backs, etc. I don’t think its a spoiler to say, that there was none of that bullshit in this book. 🙂

This book was about three drop dead sexy people finding each other in this world, and falling hard and fast.

The sexy time scenes were some of the sexiest & steamiest I have ever read. Like holy shit, and I really enjoyed the story as well. LOVED both male characters.

This book is the perfect HOT fast summer read. ENJOY! 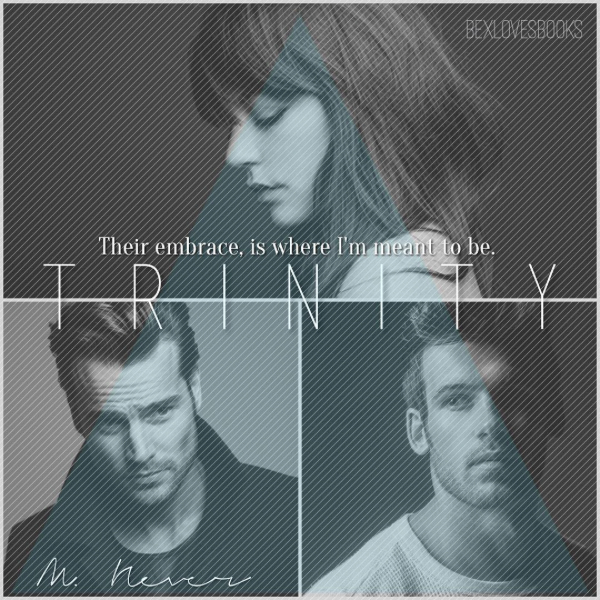 M. Never resides in New York City. When she’s not researching ways to tie up her characters in compromising positions, you can usually find her at the gym kicking the crap out of a punching bag, or eating at some new trendy restaurant.
She has a dependence on sushi and a fetish for boots. Fall is her favorite season.
She is surrounded by family and friends she wouldn’t trade for the world and is a little in love with her readers. The more the merrier. So make sure to say hi!
| NEWSLETTER | FACEBOOK | FANGROUP | TWITTER |
| INSTAGRAM | AMAZON | GOODREADS |